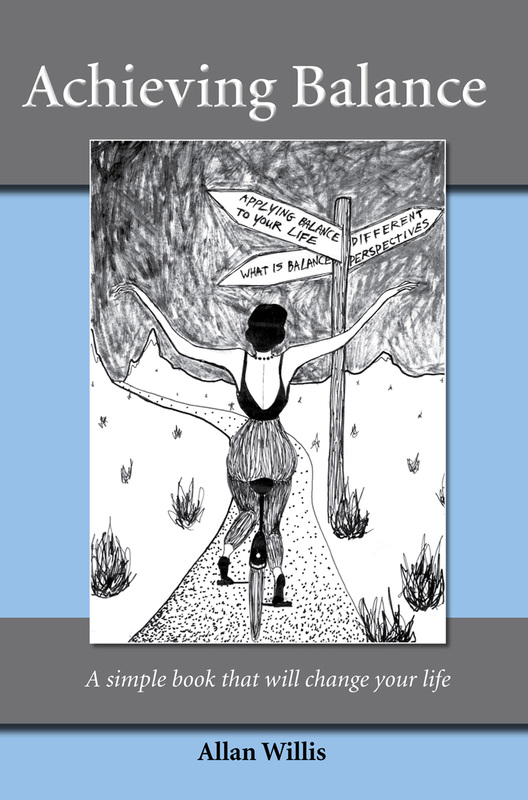 The most comprehensive guide to balance currently available.
​Written in a simple, accessible and visual (60 illustrations) way.

Fear – the ego’s best friend
Fear is the fuel that enables the ego to exist.
A common theme so far in our exploration of balance has been the need to accept events that occur in your life. Fear is the emotion that underpins the non-acceptance of events and effectively puts a person into a tug of war or a lack of synchronicity with the universe. The universe is bigger than a person and inevitably the battle is a David and Goliath type contest which is exhausting emotionally, creates a lack of balance and is ultimately futile for an individual.
Fear takes a person away from the natural flow of things, makes life feel like hard work and spoils the enjoyment of life’s journey.
The analogy of a fox trying to get into a farmyard to eat the chickens is a good way to describe fear. Fear is always there in a person’s life, like the fox who is always prowling the perimeter fence of the farmyard, trying to gain access to their inner core to play an ever greater role in that person’s life. It is only through being aware of fear and not allowing it to take over that people can lead balanced and fulfilled lives. If the fox comes into the farmyard then you need to be aware of it and drive it out before it can cause damage. Being more aware of fear makes it easier to balance it in your thoughts.
Too much fear is destructive in the same way that too little fear can also be. If you didn’t have a fear of putting your hand in a fire then there would be nothing to stop you burning yourself. This fear is a learned behaviour based on the experiences in your life.
So how can fear manifest itself?
There are many different forms of fear and associated behaviours that are underpinned by fear but they can broadly be described in three main forms.
The fear of your ‘self’, the fear of loss in relationships and of possessions, and the fear of events.
The fear of events can be in the past, present or future.


The fear of your ‘self’
The fears surrounding your ‘self’, or put another way the non-acceptance of who you are, will manifest themselves in the form of a lack of self esteem, self confidence and self love.
This often leads to destructive behaviour patterns such as depression, self harm, OCD (Obsessive Compulsive Disorder) and addictions.
Some common substance addictions are alcoholism, drugs and painkillers. There are also behavioural addictions such as control issues and anorexia and physical addictions such as violence, exercise and sex addiction. Pretty much anything can become an addiction if it forms a repetitive pattern and is destructive to the individual.
At the root of these behaviours there is always the lack of self acceptance or low self esteem which is fear based and is literally a fear of who you actually are.
Until someone can accept themself for who they actually are (unconditional love) and not for who they feel they should be (conditional love) then they will never truly overcome their fears and achieve balance.
This is why true balance can only be found within, by accepting yourself. No matter how many drugs you take, how much alcohol you consume, how much money you accumulate you will never find balance and inner peace externally. Addicts are in effect running from themselves.
The long and winding road
That leads to your door
Will never disappear
McCartney & Lennon


The fear of loss of possessions
When people start out in life they often have nothing and therefore have nothing to lose.
As a result they tend to take more risk, or, to put it another way, behave in a way that is less fearful. Time goes by and they accumulate money, possessions, pensions, insurances and so on and they develop a subconscious or conscious fear of losing what they have managed to accumulate.
This state of mind is known as attachment or the fear of loss.
The natural reaction is to ringfence what they already have and take less risk, which can result in a ‘rabbit in the headlights’ form of paralysis. There is a vicious circle because as the amount that someone has increases the corresponding fear of losing it also increases. The fear of loss can become disproportionate in someone’s life, which results in a loss of emotional balance and often a feeling of despair. This can lead to miserly behaviour, becoming a workaholic, obsessively watching share prices and so on.
How often have you heard someone close to retiring saying that they just need to work for another few years and then in a few years’ time they say the same thing? So what is going on?
There is an underlying fear that whatever they have is not quite enough and if they had a little bit more then this would be enough. When they have a little more they go through the same loop again. So there is always an underlying fear that they don’t have enough. It is like chasing a carrot that keeps moving away from them every time they reach out to it. So, as it turns out there is no absolute amount that is enough to live happily ever after and without fear.
The feeling of security that people strive after can never be found through external things such as money, power and possessions as there will always be the fear of loss.
This feeling of security, the safe haven, can only be found through acceptance or non fear of yourself, others and events. Becoming more aware of fear is a key part of managing it and achieving balance.
Fears are like the weeds in your garden. They are always there, they will always grow and they need to be recognised and managed but they can never be eradicated. The more a person recognises the weeds, or, put another way, the negative fear based emotions in their life, then the earlier they can be removed, which will result in less emotional damage and a greater feeling of balance.

The fear of loss in a relationship
The fear of loss in a relationship is a common problem and manifests itself in behaviours such as control, jealousy and insecurity.
The picture is sometimes confused. Someone might say that they are in love with someone when in actual fact they have an attachment to that person and a consequential fear of loss. The perceived love is actually dependency.
The controlling behaviours are all designed to enhance the feeling of certainty in the relationship but in actual fact all they create is more uncertainty by driving their partner away.
Fear-based behaviours often have the exact opposite effect to what they are intended to achieve.
If you love somebody set them free
If you need somebody, call my name
If you want someone, you can do the same
If you want to keep something precious
You got to lock it up and throw away the key
If you want to hold onto your possession
Don't even think about me

If you love somebody, set them free
Sting


Often a person’s life experience or past events will have a big effect on their level of fear. If someone has been stung by a wasp they become more fearful of wasps going forward compared to someone who, say, has never been stung by a wasp. Childhood experiences act in this way and create fear-based emotions and behaviours in adulthood.
The fear of the present manifests itself in the form of anxiety and depression which can be debilitating and have a negative effect on a person’s energy levels.
The salvation lies in the acceptance of events and a person’s ability to embrace uncertainty and change whilst having a recognition of the train driver and passenger perspective on life. Fundamentally what is going to happen is going to happen and the fear will serve no purpose other than to spoil the enjoyment of life’s journey.
A higher awareness or greater acceptance of the ways things actually are is achieved in part by becoming more aware of the fears and turning them into their mirror images, namely a love of or acceptance for whatever was originally feared. So a fear of uncertainty becomes a love for uncertainty and so on.
This technique is simply looking at the same thing in a different way. This is what separates a nervous wreck from a spiritual master. They are looking at the same thing, the universe, in a different way. One feels calm and relaxed and the other is in a living hell. Ultimately the choice is yours.

A higher awareness or greater acceptance of the ways things actually are is achieved in part by becoming more aware of the fears and turning them into their mirror images, namely a love of or acceptance for whatever was originally feared.
free download on kindle