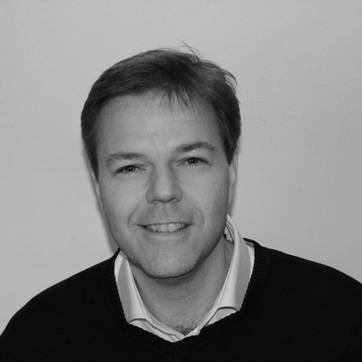 What is reality? This is clearly a big subject and many tomes have been written about it. To achieve balance it is important to have a big-picture overview of what reality is, or at least what people think it is.

Firstly, reality exists as a result of the relativity between two poles. The poles are an observer and something that is being observed. A good analogy would be to think of the two poles as a camera (the observer) and the subject of the picture (the observed).

There is a layer that sits in between the observer and the observed which is known as the process of observation.

The three components of reality are mind, spirit and body, which are essentially the same thing as the observer, the process of observation and the observed.

Think for a moment about the difference between a single-frame camera and a video camera. Your reality is like a series of single frames being experienced in a video sequence.

The observer and the observed are connected with each other. This means that what you observe is directly linked to how you are observing it.

All of us are watchers – of television, of time clocks, of traffic on the freeway – but few are observers. Everyone is looking, not many are seeing.
Peter M. Leschak

Reality can be any permutation between something or nothing, between energy or matter (non energy) or between a one and a zero. Fundamentally these are all just different words to express the same thing.

So what does this mean!?

Firstly, your life is a sequence of observer / observed permutations. This is what consciousness is.

To some it would appear that their life is out of their control. Whereas the fact is that a person’s reality can be co-created because observer and observed are linked.

It could be said that there are an infinite number of ways of experiencing your ‘self’ and your life is simply one of those permutations.

Your reality is specific to you. Everyone has a different reality. When you encounter other people it is at the intersection of your respective universes and realities.

The universe is in perfect balance. If you are not experiencing this balance it is because the way you are observing it is out of balance. Finding balance and inner peace is about ‘tuning in’ to what already is. This is why it doesn’t have to be hard work. Think of it as tuning in to a radio frequency that you didn’t know existed. Stone Age people didn’t have mobile phones, not because the frequency wasn’t there but because they didn’t know it was there. Awareness is the degree to which someone has discovered the ‘higher’ frequencies.

The primary constituent elements of your universe are your thoughts.

The universe acts as an inverted mirror in much the same way as a pinhole camera.

At this point the information stored, which holds an infinite amount of data about the tree and its surround, is compressed to a very small, almost zero size. This is the point where the infinite is converging on becoming nothing, another example of the co-existence of opposites. Try to imagine this convergence point as being at the centre of a sphere. This is the point from which any observer/observed permutation can be accessed and is in effect the field of all possibilities, the point of unity and oneness. This point is accessible to all of us.

What we create and observe is a subset or small part of what the universe is capable of. Balance is the convergence and alignment with the infinite mind, energy and possibilities of the universe. Achieving balance is a possibility for everyone.

If you are observing out of balance with the observed then what you experience will seek to balance you and will be amplified. You essentially experience your own bias magnified several times.

Every day the existence of the universe depends on whether you care enough to create it.
Paul Williams

Are we real or virtual reality?

Reality is merely an illusion, albeit a very persistent one.
Albert Einstein


So what is going on? How can reality be an illusion when it feels so real?

Most people would say that their life is ‘real ‘and would think of the universe as being like a big set of solid snooker balls orbiting around and bashing into each other, solid and 3D.

To experience reality we need to perceive it. In any given moment, our brains take the readings from our senses and convert them into a single picture. It could be a pattern of 1’s and 0’s like a digital photo. This is the ‘perception of’ reality, it is not solid balls flying around but simply a subtle pattern of 1’s and 0’s that can be decoded to represent an infinity of different ‘real’ permutations.

As we have discussed reality is the relativity between an observer and the observed. There is a special point when the two poles become the same thing exactly in balance. This could also be said
to be the convergence point of the ‘perception of’ your life and the ‘real’ life.

The question is, are we experiencing the ‘perception of’ our lives as opposed to the ‘real’ life.

There is a special point of balance where the ‘perception of’ your life would appear to be exactly the same as your ‘real’ life and you would not be able to tell the difference.

Let’s do a thought experiment to explain further. You are playing a flight simulator on the PlayStation. It is quite realistic but you are aware that you are really in your front room and not in the cockpit of the plane. Time goes by and the processor speed of the PlayStation gets faster, the TV you are playing on doubles in size and the sound becomes surround sound. The effect is that the game becomes a lot more realistic and life-like and it is becoming harder to tell if you are in your front room or actually in a cockpit.

Then PlayStation release a helmet which US Air Force pilots wear in the F35 plane. It enables players to have 360° vision in any spectrum e.g. infra red.

This point of convergence of virtual reality and reality is the equivalent of when the observer and the observed become the same thing.

Imagine if the PlayStation produced a game of your life that was a multiplayer game. Other players around the world could play the game and you would see them on your screen at the intersection between their game and yours. This goes on everyday with games like ‘Call of Duty’. Now visualise that the game was so realistic that you could not tell the difference between your life and the game.

So there is a point where the ‘perception of’ would feel exactly the same as doing it for ‘real’. This is why Buddhists say that form is emptiness and emptiness is form.

It is like saying that the ‘perception of’ feels like something ‘real’ but is actually nothing and the experience of nothing can be any permutation of something.


The paradox of something and nothing existing at the same time is known as the co-existence of opposites and is talked about a lot in philosophy. In a nutshell this occurs because anything can be viewed from the two poles and by definition if you view from both poles you will have two opposite perceptions. So at the exact balance point where the two poles become one you will have the seemingly impossible coexistence of opposites.

So how does this affect my balance?

We have seen that the way we perceive reality may not be how it actually is. It is a kind of illusion of sorts. The relativity between the observer and the observed at the convergence point is zero, but it creates a picture that feels infinite, as if you were looking outwards from the pinhole camera hole in any direction.

If nothing really exists and everything is in our mind and consciousness the good news is that, if we adjust the way we think then we can tune in to what we want. This is what the meditation practitioners have been telling us for years, but did we take them seriously? Maybe we will now.

Imagine if you were able to navigate any observer/observed permutation like an iPod enables you to do for different songs. You would be able to do whatever you want! Your reality is a product of your thoughts and so it is within your control to find the balance required to enable you to navigate reality in a controlled way.

If reality is the experience of your ‘self’, that is to say everything around you is actually your ‘other half’ then it might be a good time to start treating your ‘other half ‘with love and affection to achieve balance!?
free download on kindle